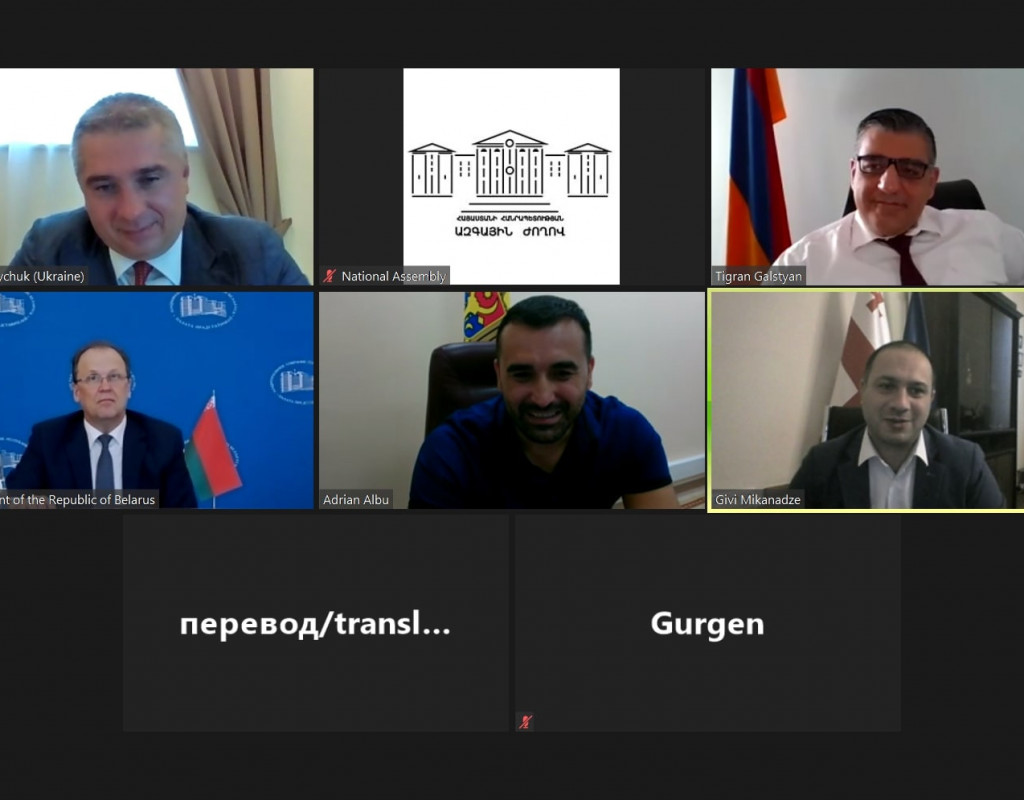 Afterward, Mr. Tigran Galstyan presented the results achieved during the Armenian Chairmanship and expressed his gratitude to Mr. Givi Mikanadze for his efforts in the development of the Network as well as the initiation of successful meetings in Strasbourg, Stockholm, and the Study Visit hosted by the Parliament of Georgia.

Mr Tigran Galstyan also mentioned the difficulties that were faced during the Armenian Chairmanship, particularly the COVID-19 and the necessity to adapt the working process as well as the planned activities to the new realities. He also talked about the events that were organized by the Armenian Chairmanship including a workshop and two webinars.