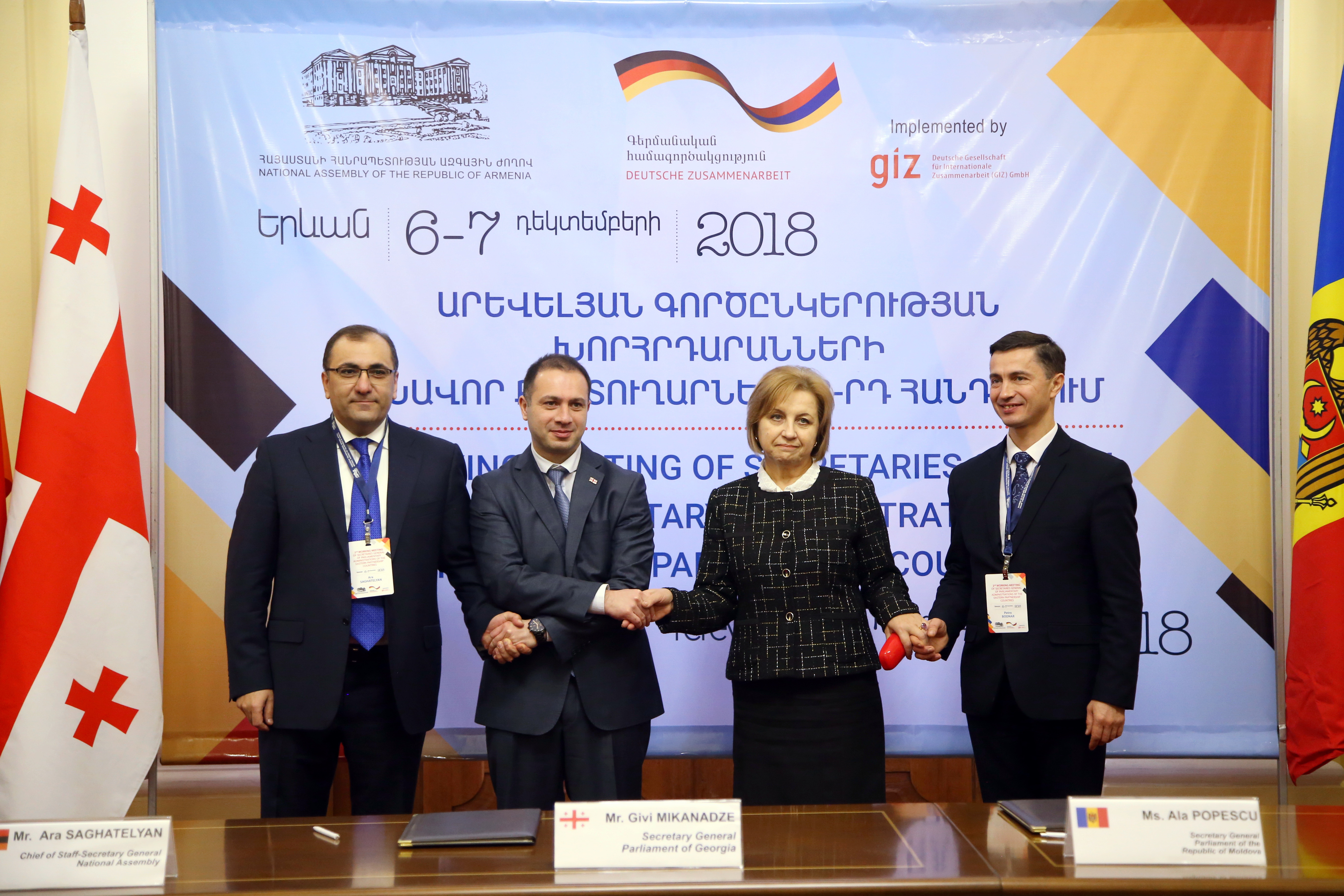 On 7 December 2018, in the framework of the 2nd Working Meeting of Secretaries General of Parliamentary Administrations of the Eastern Partnership Countries held in Yerevan, the YEREVAN Annex to the TBILISI Memorandum was signed by the member Secretaries General of the Network, thus establishing the Eastern Partnership Parliaments’ Research Network (EPPRN) within the initial framework of regional cooperation under the TBILISI Memorandum.

The EPPRN has a similar format to the European Center for Parliamentary Research and Documentation (ECPRD), however, it is equipped with a number of tailored characteristics for the Eastern Partnership countries, in particular: i. faster exchange of information through the regional network via the assigned EPPRN correspondents (average 1 week upon request); ii. easy to exchange and access the information (ability for member countries to translate legislation either in English or Russian); iii. participation in the EPPRN gives Belarus, as a non-member country of the ECPRD, a possibility to receive information regarding the legislation of their interest from five countries of the region; iv. the mobile network of EPPRN provides opportunity to conduct comparative research activities on a regional level.