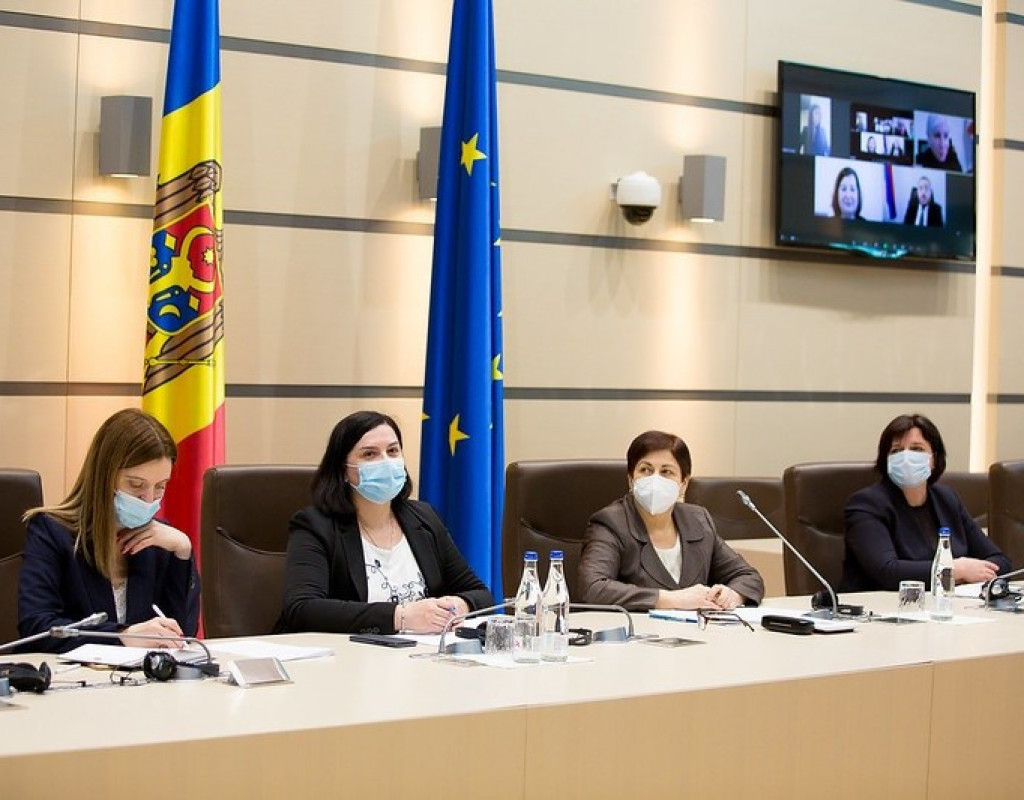 The meeting aimed to provide an overview of the year of Moldovan Chairmanship and to elect a new Chairing Country of the Network of Secretaries General of Parliament of the Eastern Partnership Countries for the period 1 October 2021 – 1 October 2022.

The event was chaired by the Secretary General of the Parliament, Tamara GHEORGHITA, who gave at the beginning of the meeting a retrospective of the actions carried out so far. The Secretary General thanked her counterparts, in particular, for their participation in the Webinar on Civic Education in Parliamentary Administrations of Eastern Partnership Countries held in the Summer of 2021, where Georgia, Ukraine, Armenia and Moldova shared their experiences of involving people in the decision-making process.

For their part, the Secretaries General of Georgia and Armenia congratulated Tamara GHEORGHITA on her recent appointment. They also expressed their hope that the situation in public health would improve and it would be possible to hold meetings with physical presence.

During the meeting, it was agreed that the period of Moldova's Chairmanship in the Network of Secretaries General of Parliaments of the Eastern Partnership countries would be extended by six months - until 1 April 2022. The project presented by Ms. Tamar ZODELAVA, Strengthening Parliamentary Administration in the Eastern Partnership Countries, will be implemented with the support of the German International Cooperation Agency (GIZ). The aim of the Project is to strengthen the capacity of parliamentary secretariats and the objectives include digital transformation, women's leadership development and increased transparency.