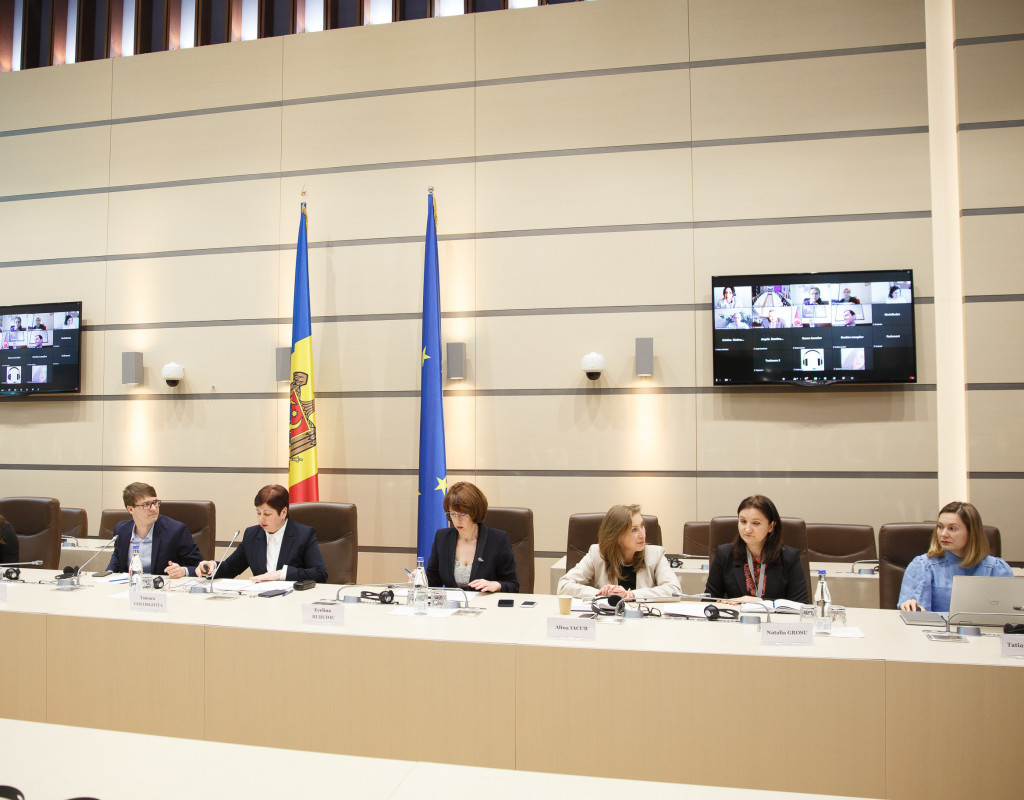 Secretariat of the Parliament of the Republic of Moldova hosted a virtual kick-off and planning meeting to strengthen the parliamentary administrations of the Eastern Partnership Countries.

The event was inaugurated by the Chairwoman of the Network of Secretaries General of the EaP Countries and Secretary General of the Parliament of the Republic of Moldova, Ms Tamara GHEORGHIȚA, who expressed the hope that, despite the difficult regional context related to the war in Ukraine, the participating states will be able to strengthen their interaction, including in this project.

In order to agree on specific objectives and new approaches to institutional strengthening, the heads of the Secretariats of the Parliaments of Armenia, Georgia, Moldova, Ukraine and Azerbaijan highlighted the current developments and challenges in their country's parliamentary administrations.

The Secretary General of the Parliament of the Republic of Moldova, Ms Tamara GHEORGHIȚA, announced that the main objective is to create an efficient, professional, and transparent institution, and improve the collaboration with similar institutions from the Eastern Partnership and external donors. She also cited as an example the Memorandum of Understanding between the Parliament of the Republic of Moldova and the European Parliament, signed for the first time between the two legislative institutions, which also aims to increase the performance of the Secretariat of the Parliament.

The challenges in addressing the strategic objectives of the Secretariat of the Georgian Parliament were presented by the Secretary General of the Legislature, Ms Ketevan KVINIKADZE, who referred in particular to the civic commitments of the institution and the instruments to achieve them, but also to the efficient human resources management system.

The participants in the event expressed their solidarity with the Secretary General of the Verkhovna Rada of Ukraine, Mr Viacheslav SHTUCHNYI, and with all the Ukrainian people who are going through tragic moments in its history. A strong message of support for Ukraine's peace, territorial integrity and democratic development was conveyed.

At the second session of the meeting, it was decided to formulate a new roadmap for cooperation within the Network of Secretaries General of the Parliaments of the Eastern Partnership Countries. The proposed objectives include transparency in the legislative process, including the digitization of the circuit of normative acts, the ex-post legal and impact assessment of legislation, the inclusion of citizens in the decision-making process, increasing the capacity of different categories of staff, strengthening cooperation within the Network and with other regional platforms.

At the end of the meeting, another important issue addressed by the Secretaries General was the transfer of the Chairmanship of the Network from the Republic of Moldova to Georgia, which was agreed upon jointly. The participants thanked GIZ for their support in strengthening the capacity of parliamentary administrations.